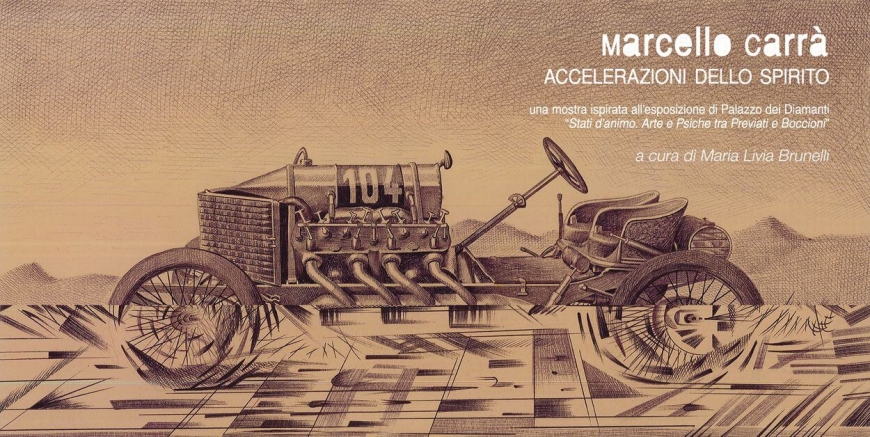 Marcello Carrà was invited by the MLB gallery Maria Livia Brunelli to think a new cycle of unpublished works, the drawings realized only with the Bic pen, they inspired by the exhibition "Stati D’animo. Arte e Psiche tra Previati e Boccioni" at Palazzo dei Diamanti. Marcello Carrà's investigation began with the reading of some of the writings of the artists on show, to arrive at a personal reflection on the concepts of dynamism and immobility, futurism and classical art, related with direct references to contemporaneity. This exhibition presents a work that is four meters long, it is the graphic transposition of Boccioni's manifesto “Pittura e scultura futuriste”: the flow of images originates from the ruins of a castle and develops into a first portion of drawings related to the classical pictorial tradition, from which "a new air current" is connected to the new scientific and technological discoveries, symbolized by the dynamism of a motorcycle and an airplane. In contrast, the artist plans a great Flemish-inspired drawing, created with meticulousness and overflowing with ruined elements, it is an allegory of a "decadent statics" peculiar of the classical art. There are also new rotating black works: Carrà has encapsulated three drawings in special frames and through a double glazing, he has inserted a quantity of water with a black dye. The works are rolling, fixed on the wall using a special bracket. Each work has a double drawings that is revealed only by turning it upside down, by moving the water, so the viewer chooses a "version" according to the mood: on the one hand some behaviors of our era (fatuity, frenzy and dynamism), on the other their respective opposites (reflection, calm and stillness). With the ordinary irony that distinguishes Carrà, in the design of reflection / fatuity the work of Segantini "Ave Maria a trasbordo" whose central themes are meditation, silence and prayer, he realizes his opposite in the unlikely "Ave Maria in crociera " with a large ship that invades the space, it is a sort of mobile city in which every kind of entertainment is available at any time. “Auto statica/Auto dinamica” highlights a theme dear to Boccioni, the opposition between static and movement. The 200HP car, a model of the early '900 mentioned by Boccioni in one of his texts, is represented in the classic "static" version typical of pre-futurist painting and in the "dynamic" version enhanced by Futurism. Instead, "La danza delle ore" by Gaetano Previati finds its opposite in "La danza dei secondi", expression of the acceleration of the times and lifestyle that dominates our days, so you do not think more in terms of hours , but seconds.

Invitation to the vernissage

Invitation to the vernissage: 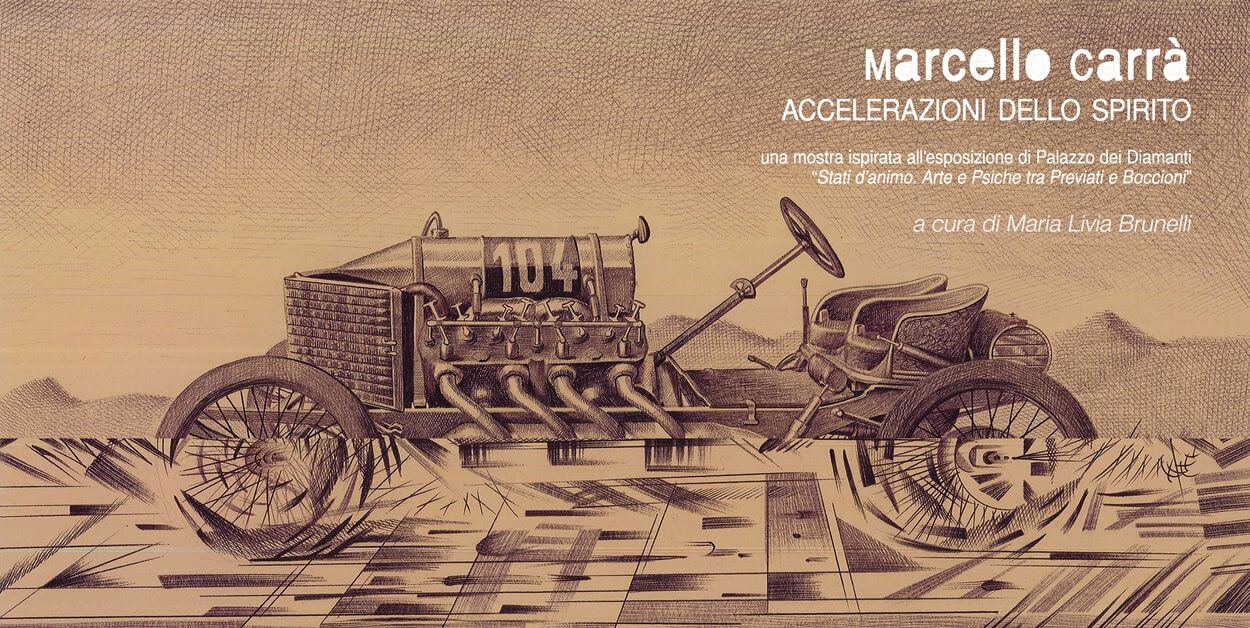